The Feast of John the Baptist (24th June) Activities for KS1

Who was St John the Baptist? 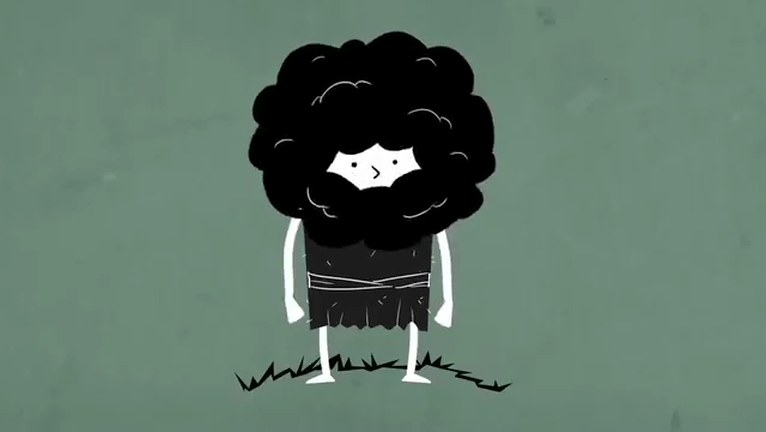 The Birth of John the Baptist Is Announced

5 During the time when Herod was king of Judea, there was a priest named Zechariah, who belonged to the priestly order of Abijah. His wife's name was Elizabeth; she also belonged to a priestly family. 6 They both lived good lives in God's sight and obeyed fully all the Lord's laws and commands. 7 They had no children because Elizabeth could not have any, and she and Zechariah were both very old.

8 One day Zechariah was doing his work as a priest in the Temple, taking his turn in the daily service. 9 According to the custom followed by the priests, he was chosen by lot to burn incense on the altar. So he went into the Temple of the Lord, 10 while the crowd of people outside prayed during the hour when the incense was burned. 11 An angel of the Lord appeared to him, standing at the right side of the altar where the incense was burned. 12 When Zechariah saw him, he was alarmed and felt afraid. 13 But the angel said to him, “Don't be afraid, Zechariah! God has heard your prayer, and your wife Elizabeth will bear you a son. You are to name him John. 14 How glad and happy you will be, and how happy many others will be when he is born! 15 John will be great in the Lord's sight. He must not drink any wine or strong drink. From his very birth he will be filled with the Holy Spirit, 16 and he will bring back many of the people of Israel to the Lord their God. 17 He will go ahead of the Lord, strong and mighty like the prophet Elijah. He will bring fathers and children together again; he will turn disobedient people back to the way of thinking of the righteous; he will get the Lord's people ready for him.”

18 Zechariah said to the angel, “How shall I know if this is so? I am an old man, and my wife is old also.”

19 “I am Gabriel,” the angel answered. “I stand in the presence of God, who sent me to speak to you and tell you this good news. 20 But you have not believed my message, which will come true at the right time. Because you have not believed, you will be unable to speak; you will remain silent until the day my promise to you comes true.”

21 In the meantime the people were waiting for Zechariah and wondering why he was spending such a long time in the Temple. 22 When he came out, he could not speak to them, and so they knew that he had seen a vision in the Temple. Unable to say a word, he made signs to them with his hands.

23 When his period of service in the Temple was over, Zechariah went back home. 24 Some time later his wife Elizabeth became pregnant and did not leave the house for five months. 25 “Now at last the Lord has helped me,” she said. “He has taken away my public disgrace!”

The Birth of John the Baptist

57 The time came for Elizabeth to have her baby, and she gave birth to a son. 58 Her neighbors and relatives heard how wonderfully good the Lord had been to her, and they all rejoiced with her.

59 When the baby was a week old, they came to circumcise him, and they were going to name him Zechariah, after his father. 60 But his mother said, “No! His name is to be John.”

61 They said to her, “But you don't have any relative with that name!” 62 Then they made signs to his father, asking him what name he would like the boy to have.

63 Zechariah asked for a writing pad and wrote, “His name is John.” How surprised they all were! 64 At that moment Zechariah was able to speak again, and he started praising God. 65 The neighbors were all filled with fear, and the news about these things spread through all the hill country of Judea. 66 Everyone who heard of it thought about it and asked, “What is this child going to be?” For it was plain that the Lord's power was upon him.

67 John's father Zechariah was filled with the Holy Spirit, and he spoke God's message:

68 “Let us praise the Lord, the God of Israel!
He has come to the help of his people and has set them free.
69 He has provided for us a mighty Savior,
a descendant of his servant David.
70 He promised through his holy prophets long ago
71     that he would save us from our enemies,
from the power of all those who hate us.
72 He said he would show mercy to our ancestors
and remember his sacred covenant.
73-74 With a solemn oath to our ancestor Abraham
he promised to rescue us from our enemies
and allow us to serve him without fear,
75 so that we might be holy and righteous before him
all the days of our life.

76 “You, my child, will be called a prophet of the Most High God.
You will go ahead of the Lord
to prepare his road for him,
77 to tell his people that they will be saved
by having their sins forgiven.
78 Our God is merciful and tender.
He will cause the bright dawn of salvation to rise on us
79     and to shine from heaven on all those who live in the dark shadow of death,
to guide our steps into the path of peace.”

80 The child grew and developed in body and spirit. He lived in the desert until the day when he appeared publicly to the people of Israel.

Some words have been marked with an asterisk (*). At the end of the story you will find the meaning for these words to aid you in explaining these words and concepts.

Jesus came back from the grave* and spent 40 days with his beloved disciples*. He taught his dear students many things and told them that he would visit again.

He said, "Soon, you will be baptised* with the Holy Spirit and receive the power of God. You will tell my story to the people in Jerusalem and to people all over the Earth."

Jesus blessed his disciples*. Then as they look at him Jesus became surrounded by bright light. He was taken into the heavens, and he disappeared.

Two men appeared and told the disciples that Jesus was in heaven and that he says goodbye...

Jesus said to his friends one day,
"Very soon I must go away,
Don't be sad because
I will come back again!
Jesus told his friends:
"Tell my story everywhere."
And then as his beloved friends
were standing there
Jesus went up, up, up
Into the sky!

The story of The Ascension is one of great joy. It would seem quite sad to have to say good bye to Jesus so soon, but He does promise to come back and He gives his beloved disciples very important instructions. He instructs his disciples to spread his story around the world.

New Words:
Ascension: Jesus Christ's rising to heaven: the rising of Jesus Christ from earth to heaven after the Resurrection

Ascension Day: celebration of Jesus Christ's ascent: the Thursday, forty days after Easter, when Christians celebrate the rising of Jesus Christ from earth to heaven after the Resurrection

baptism: rite of purification: a religious ceremony in which somebody is sprinkled with or immersed in water to symbolise purification. In Christian baptisms, the person is often named and accepted into the Christian faith.

Thank You for sending Jesus, Your only Son, to die for our sin. We know that He has risen from the dead and has returned to heaven. Bless us today as we worship Him with great joy! Amen.

May, the month of Mary

During May, the Church celebrates Mary. She is our heavenly mother and looks after us always. Usually we would have our May Procession to honour Mary but we cannot do that this year.

Why not try some ideas on the links above to honour Mary!

Thank you for all those who look after us – our parents, key workers and all who are keeping things going at this time.

Thank you for the gift of Jesus, your Son, who is our Good Shepherd, and for Mary, Queen of the May.

We ask them to look after us in this unusual time.

Child led Collective Worship during May to honour Mary

Above are the resources you will need to create a small prayer session/ collective worship as a family. During the month of May, it is particularly important to honour Mary when we pray. We do not pray to Mary but we remember her in our prayers as the Mother of God.

There is a planning template which the children use in school and there are 4 parts we follow: Gather, Word, Response to the Word and Mission. The Gather brings the community that are praying together. The Word is a reading from the Bible (in this case about Mary). The Response to the Word is an action that reflects on the reading that has been read. the Mission is an action that is done after the prayer session to help us live the Gospel, as Jesus asks us to do.

Please find ideas for each part of the collective worship above and send any videos/ photos of your prayer session to Miss Bradley on Classdojo. It would be lovely to share this as a school community!

Unfortunately not the ones with chocolate chips.

Some cookies are necessary in order to make this website function correctly. These are set by default and whilst you can block or delete them by changing your browser settings, some functionality such as being able to log in to the website will not work if you do this. The necessary cookies set on this website are as follows:

Cookies that are not necessary to make the website work, but which enable additional functionality, can also be set. By default these cookies are disabled, but you can choose to enable them below: